This 1973 Dodge Charger SE Pro Touring superstar is certainly cool, and it is said to have 800 horsepower. It has the right sound and look for an American muscle car. But what the heck is it doing cruising through the cobbled streets of Helsinki?

Many people may be surprised to learn that the Finnish Hot Rod Association (FHRA) has existed over 40 years and has about 2900 members.

Tapio Valja, the current president of the FHRA told MotorWeek.org that big American cars were abundant but unused in Finland when the FHRA got started with 100 members 40 years ago. He said, “They were cheap for the young guys and we started to buy them and enjoy the big curves and the big fins and all the chrome the cars had.” 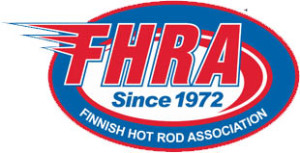 The FHRA keeps hot rodding legal in Finland. The government has very strict safety rules for cars, and custom cars don’t comply. The government has an exemption process, but it is so cumbersome and time-consuming that it can take years before a car can become street legal.

The Finnish government allows the FHRA to inspect hot rods and to advise both car builders and the government about their roadworthiness, and this will speed the approval process.

There are about 60 local car clubs in Finland, and they are associated with the FHRA who sponsors sanctioned drag races and the annual Car Show, which draws 70,000 visitors.

They also sponsor the Chicken Run, a major rod, custom and muscle car event in the country. People from all over Finland bring their cars to the event to show off the performance of their cars, and their creative craftsmanship.

Getting parts used to be a major problem for car enthusiasts in Finland. Club members had to get catalogs, write letters, worry about currency exchange rates and wait for delivery. All that changed with the Internet, and any part can now be ordered from anywhere in the world with a mouse click.

Timo Hersti, a Finnish rod builder told MotorWeek.org, “It’s all about the design of the [American] cars. It’s a much more prominent design there. And of course, the sound of the engine – big V-8 engine. That’s a big part of the thrill.”