People either loved or hated Boyd Coddington and there were plenty of people on both sides.

Nevertheless, he has a lasting legacy both as a classic hot rodder and as a pioneer of automotive reality television shows. American Hot Rod ran on the Learning Channel and the Discovery Channel from 2004 to 2008. You can still see rerun sometimes on the Velocity channel. 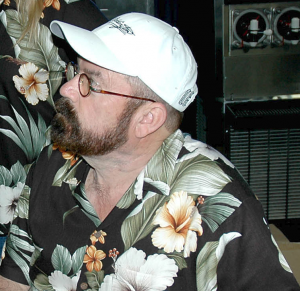 Why was Coddington a controversial figure in the Hot Rod community before his death in 2008? He wasn’t as mellow as he seemed on the show, according to some reports. Longtime viewers saw the shop was in constant turmoil and a large number of people were hired and fired. Even though Duane Mayer, his foreman, seemed pretty crusty in his own right, Coddington set the stage for the conflict.

There is also the issue of how he capitalized on the talents of people he employed. Some will say that he had a keen eye for talent, others would say that he exploited the skills of Chip Foose and Jesse James, and others who worked for him.

Coddington was also controversial because of his business dealings. He had financial troubles, and he also clashed with California officials over falsely registering custom fabrications under antique automobile regulations. The questionable registrations enabled him to ignore emission and tax laws, and he ultimately pleaded guilty and was fined.

Make no mistake however, Coddington had talent. In the early years, he created hot rods in his garage while he worked as a machinist at Disneyland. He started the first incarnation of his business, Hot Rods by Boyd, in 1977.

When Coddington began tinkering with cars, hot rods were often home modified cars of uneven quality. Coddington came up with elegant designs, often in collaboration with other designers, that set new standards. One of his most famous creations is the CadZZilla, the 1949 Cadillac he customized for Billy Gibbons of the band ZZ Top.

Some of his other creations include Chezoom (a dramatically sleek 1957 Chevy), The Whatthehaye, his stylish interpretation of a 1932 Delahaye, and a series of hot rodded roadsters he called Boydsters.

Coddington was also a pioneer in the custom wheel aspect of the industry. He was among the first to create a custom look by making I like custom wheels from solid blocks of aluminum called billets. He ran his wheel business in tandem with his hot rod custom shop.

Boyd Coddington will always be considered a custom car icon. He pioneered a new vision for what the hot rod could be. Chip Foose, who knew him well, paid him a great compliment after Coddington died. Foose told the New York Times, “He gave us the opportunities. He was the hub of this industry and all of us were the spokes.”