The CHP: Powerful Cars Over the Years

The California Highway Patrol (CHP) started in 1929 as a division of the state Department of Motor Vehicles. It became a separate department in 1947. Even though it was restricted to enforcing the rules of the road back then, it became the second most well-known state law enforcement agency after the Texas Rangers. CHP’s were famous for their fast cars and motorcycles.

People could outrun CHP vehicles, but in 1941 speeders learned they could not outrun CHP radios. That’s when California Highway Patrol cars were equipped with 2-way radios and officers could call ahead for support from fellow officers.

Expanding Role of the CHP

The California Highway Patrol isn’t what it use to be, however. In 1995 the role of the CHP expanded beyond enforcing the State Vehicle Act. That year the agency absorbed the California State Police, so now CHP’s handle security at the Capitol, courts, and places like unemployment offices scattered around the state.

They have a narcotics division and SWAT teams. They also serve tax seizure and arrest warrants for the Franchise Tax Board. So, you may see CHP officers doing all kinds of law enforcement work today. 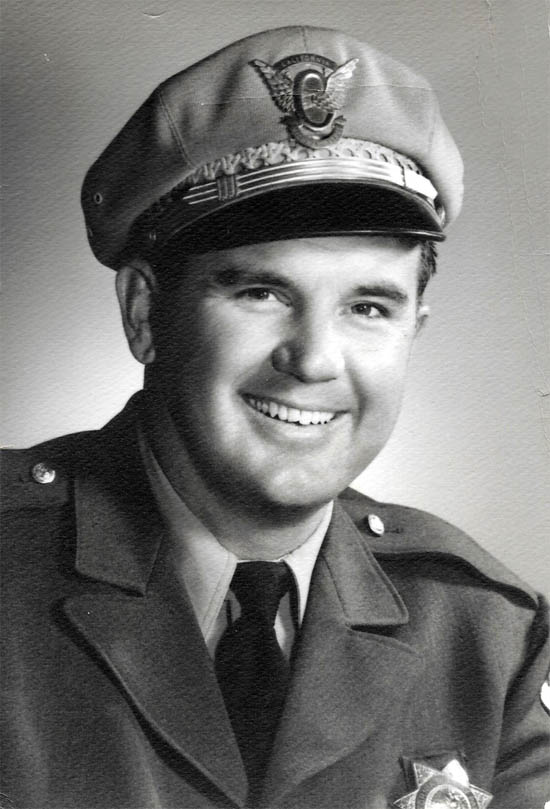 Back in the day, the California Highway Patrol was known as the CHP as I have designated it. At some point, some people started inserting an “i” and they started becoming known as “CHiPs.” That was probably the invention of a Hollywood press agent, as I note below.

Why Have CHP’s Been Such a Popular Law Enforcement Agency?

One reason is that Hollywood gave them plenty of visibility. One of the earliest TV series was “Highway Patrol” starring the gruff, no-nonsense Broderick Crawford. The show ran from 1955 to 1959. You can always count on a lot of radio chatter in these shows. The cars you see in the series are the ones you want now as project cars.

This bonus video is a full-length episode from 1955. It is particularly enjoyable because it features a young Clint Eastwood playing a “rod-hopping ‘sickle’ hound.”

The focus shifted to CHP motorcycle officers in the CHiPs TV show, which ran from 1977-1983. It starred Eric Estrada and Larry Wilcox. It had reality-based story lines laced with corny humor. Lots of people loved the show and Erik Estrada was nominated for a Golden Globe Award in 1980.

One of the things that interest me is the name of the show. My own father was a CHP officer, and no one ever used “CHiPs” in the early days. After 1977, “CHiPs” came into popular usage to identify the law enforcement agency. This bonus video is a clip of the show’s high energy introduction.

This final Bonus Video clip is rather cool. In it, Ponch and Jon from CHiPs do a traffic stop and the driver is none other than Broderick Crawford from “Highway Patrol.” The boys give a nod to both their California Highway Patrol and Hollywood heritage.