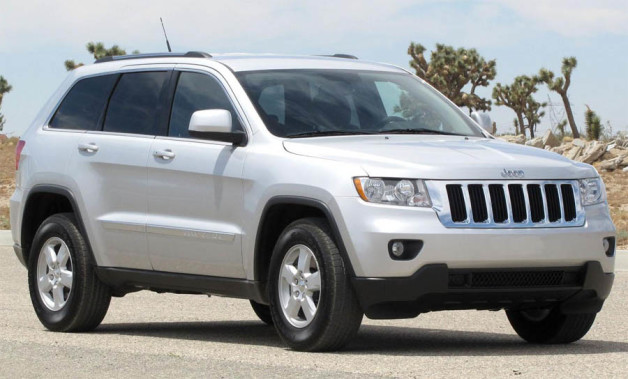 A young couple very much in love are married and have started their respective careers, she as a real estate broker, he as an architect. She finds the perfect spot to build his dream house, and they get loans to finance it. When the recession hits, they stand to lose everything they own, so they go to Vegas to have one shot at winning the money they need. After losing at the tables, they are approached by a millionaire who offers them a million dollars for a night with the wife. Though the couple agrees that this is a way out of their financial dilemma, it threatens to destroy their relationship.

Recently a CriagsList user tried the same gambit. He didn’t have $1 million for a night of illicit sex, so in a ballsy move he offered his 2011 Grand Cherokee for a week of sex with another man’s wife.

The semi-literate ad from the guy in Huntsville, Texas, said:

I have a 4wd Jeep Cherokee. Its is dully loaded and has a which attached to front ranch hand bumper and grill gaurd. It is on a 4 in suspension lift and a 6 inch body lift has 35 mud grip tires (1200) witch has only been on it for two months. The truck only has 48,000 miles on it. i am looking to trade it but I looking for certain things only. I don’t need it but its paid for so O don’t have to sell it. Now here is what I am looking for. A lady (preferable married to how wants the jeep) she mist be 18 to 50 and fit. I give you the jeep and you leave your wife with me for a week. When you come pick her up she have the signed title to the jeep. So if interested send me several photo of the wife and I get right back to you. The photo need to be nude after all she will be for a week.

Was this ad a hoax? I wouldn’t count on that considering the fact that CraigsList has become a cesspool in recent years. Adventuresome lunatics are willing to place such ads and other crazies are willing to answer them to make a deal, and CraigsList offers the opportunity to do it.