Johnny Cash “One Piece at a Time”

“One Piece at a Time” is a great American blue-collar song. It tells the story of an enterprising Detroit autoworker. His job is a repetitive one, bolting wheels to Cadillacs on the assembly line.

The song always brings smiles to listeners. One reason is that Johnny Cash does such a convincing job singing it. You can almost imagine him as being the autoworker who did the deed. Another reason it’s a crowd-pleaser is that there are a lot of workers who would like to “get even” with big corporations as this autoworker did. 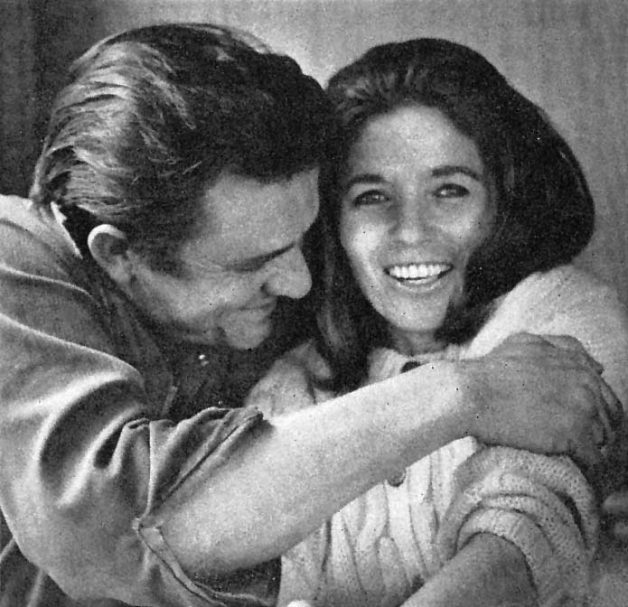 Johnny Cash in a playful mood with his wife June Carter Cash – 1969.

In the song, the transplant from Kentucky recognizes that he’ll never be able to be rich enough to buy a Cadillac, so he makes up his mind that he will smuggle parts out of the factory and assemble his own car.

Of course, he must remove the parts “one piece at a time” to avoid detection by the boss.

He takes the small parts out in his lunch box but somehow manages to get a motorhome with large parts past security.

The only thing this dedicated autoworker fails to think about is that he can’t smuggle parts for a whole car out in one model year. And that’s part of his funny dilemma. According to the song, he starts work at General Motors in 1949 but doesn’t manage to get the engine out of the factory gate until 1973.

Making the Best of a Plan

The fun comes when he tries to bolt together the parts that span over 25 years. As the lyrics of the song says, “bolt holes disappear” when trying to piece it together.

Nevertheless, the autoworker and his friends manage to construct a car they call a “psychobilly Cadillac” from the parts they liberated over the years.

The song was written by Wayne Kemp. It reached #1 on the Billboard US Hot Country Songs in 1976.